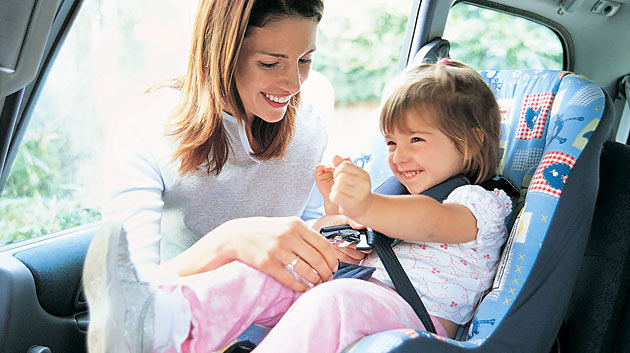 While we live in an era of intense concern over the dangers of distracted driving, the overall picture of traffic safety is looking bright.

The reasons for the declining fatalities are many, from public health initiatives to improved driver behavior. Here’s a deeper look into how things have improved.

The Existence of Seat Belts. It may be difficult to imagine these days, but once upon a time cars were made without seat belts. While lap belts (or two-point belts) existed as an option prior to 1959, we have the Swedes to thank for making them standard.

In 1959, the Volvo 122 was the first vehicle to come standard with a three-point seat belt. No wonder Volvo got its reputation as one of the safest vehicles to drive. The safety issue hit close to home for the company, as Volvo CEO Gunnar Engelau had a relative who died in a car crash, accounting at least in part to pushing the initiative forward.

Volvo hired Nils Bohlin to be the company’s first chief safety engineer. What resulted was Bohlin’s invention of the three-point seat belt. While other factors come into play, just giving every driver the option of wearing seat belts must have been one of the primary forces in the coming decline in road fatalities.

Mandated Seat Belt Use. Fast forward to 1984 when the state of New York passed the first law mandating the use of seat belts. How much that impacted use may be debatable, but in 2012 seat belt use in the U.S. was at 86 percent. Delaware is the only state left that doesn’t mandate seat belt use. 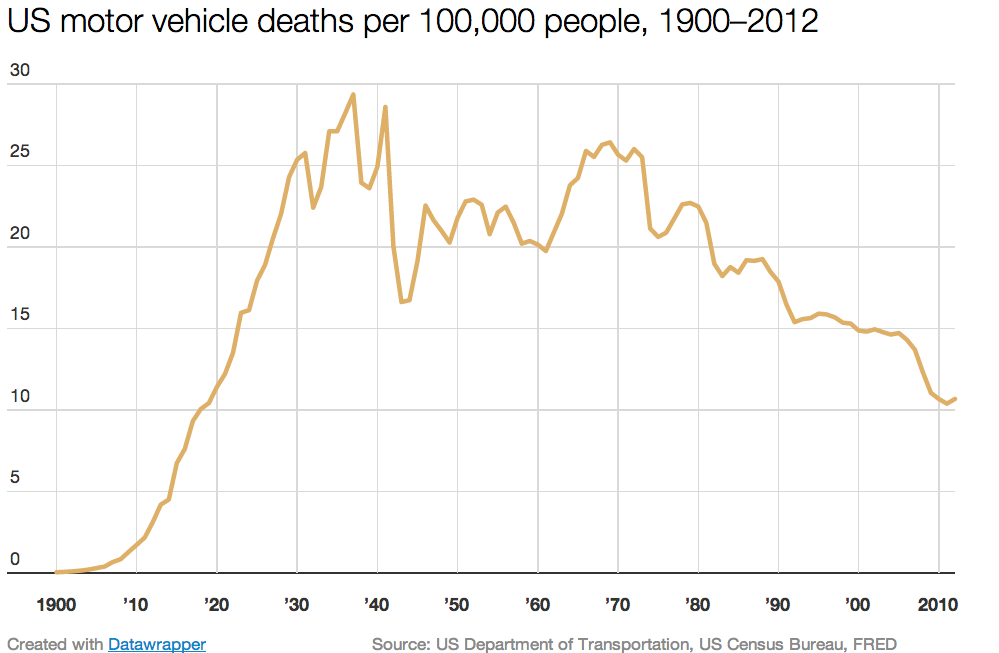 Airbags. The Europeans aren’t responsible for all vehicle safety advancements. In 1988, Chrysler introduced the first standard driver side airbags. The National Highway Traffic Safety Administration (NHTSA) estimates that airbags reduce driver deaths by 11 percent. In nearside crashes or rollovers, side impact airbags decrease deaths as well, but the estimate comes in the wide range of 8 to 42 percent.

NHTSA estimates that if all the vehicles in the U.S. had head protection side airbags, as many 1,000 lives would be saved in side impact crashes each year.

That’s an amazing accomplishment, given that statistics show alcohol use has been stable, staying in the mid 60s percentage-wise over the last 30 years. With the concentration of lives saved in the 16- to 20-year-old range, one is compelled to think the movement in the 1980s of states raising the legal drinking age from 18 to 21 must have been impactful. Does that mean young people are drinking less? No. But maybe not driving to and from drinking establishments keeps a significant amount of drunk young people off the road. Which brings us to our next factor…

Americans are known for our love of cars and the road. But believe it or not, since 2005 we’ve been driving about seven percent fewer miles. The likely culprit has been higher oil prices and the recession.

While traffic fatalities have been on a consistent downtrend for decades, there is plenty of room for improvement. Mandatory dashboard breathalyzers would almost certainly have a dramatic effect (even accounting for those whose have sober passengers cheat the system). Then there is the prospect of a world with self-driving cars.

It’s impossible to eliminate pedestrian error. But, could we see a day of zero vehicle-caused road fatalities? Only time will tell. 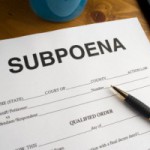 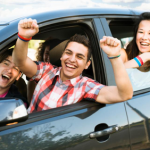 Your Passengers Are a Distracted Driving Risk