Why Collision Photos Are So Important

The old adage “a picture is worth a thousand words” especially applies in auto accidents. Although doctors and lawyers know the damage to a car doesn’t necessarily have much to do with the injury suffered by the occupants, the average citizen does not. They seem convinced that little visible damage translates into a very minor injury or suspect motives by the claimant. This is why pictures of both cars are very important to preserve. Car accidents often create a disproportionate amount of damage to the vehicles involved.

The amount of damage incurred can depend on many factors. The angle of impact, the vehicle manufacturer, the shape of the car and the type of collision all affect the amount of vehicle damage. For instance, a side impact or classic “T-bone” may demolish the struck car, but do little damage to the front of the other vehicle. However, this type of collision can cause a violent acceleration deceleration force to a driver’s spine as they are thrown forward by the impact. Neck and head injuries can result. Proving these injuries are from the collision can be difficult if the car only suffered minor front end damage. Juries are less likely to believe a collision caused a serious injury if pictures of the car are held up in court by the insurance company to cast doubt on the claim. This is why pictures of the damage to the other vehicle are crucial. With the advent of cell phone cameras, more and more injured drivers are getting shots of both cars at the scene. Even if this opportunity is lost, many insurance carriers, repair shops and vehicle owners take photos of the damage afterwards. Of course, if these would be helpful to your case the other side is often reluctant to provide copies. They’d much rather just have photos of the less damaged car if the case ends up in trial. A lawyer hired to represent the injured person can request copies once retained. Unfortunately, many insurance carriers either ignore this request or claim none were taken. After a lawsuit is filed and a subpoena issued, a common response is the photos were discarded. Which is why it’s so important to get those photos at the scene or very early on, before repairs are conducted or the vehicle gets sent to salvage as a total loss. 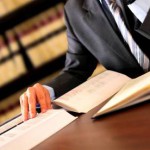