Where Are The Worst Drivers in the Country?

No matter where you go, locals in that community will likely complain that their area has the worst drivers. Let’s let the facts from a recent report on the matter shed some light on the matter.

Allstate recently released their annual report on the most (and least) car accident prone cities in the U.S. Here are just a few:

Gridlock in Washington DC isn’t just for the halls of Congress. The Capitol Beltway is known for its congestion, but it’s also twice as likely to experience a traffic accident than the national average.

Washington residents are in an accident every 4.8 years. What’s maybe most alarming is that it’s the sixth straight year residents of the nation’s capitol are at the bottom of the road safety list.

The road hazards are nearly just as bad in neighboring Baltimore, Maryland, where residents are 86 percent above the national average. They get in an accident every 5.4 years.

Since it’s labeled as Allstate’s Best Drivers Report, not Worst, let’s take a look at what cities are at the top of the list.

There is a virtual tie for first place. Drivers in Fort Collins, Colorado are 28.2 percent less likely to be in a car accident than the national average, while Boise, Idaho motorists are 28 percent less likely. Both go 13.9 years between vehicle collisions.

As for our region of the country, Portland didn’t fare well at number 154 on the list, down from 151 in 2012. Though, Eugene, Oregon was number 10, at 16.2 percent better than the national average for accident likelihood.

Naturally, the challenges of driving in big and small cities vary. Residents in bigger cities tend to live a more hectic and hurried lifestyle. Plan ahead so you’re not rushing to your next destination. Stay alert for the potential of stop and go traffic.

Of the metropolitan areas with more than a million residents, Phoenix, Arizona has the best driving record in 71st place.

As for smaller towns, highways sometimes have higher speed limits, inviting a wider range of legal (and sometimes illegal) speeds. It pays to not only stay alert, but be a defensive driver.

Allstate’s annual report relies on claims filed by their policyholders. 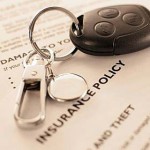 How to Handle Your Auto Insurance Company