Washington voters approved Initiative 502, the landmark, albeit controversial, decision to legalize marijuana in the state. While there are still some logistical hoops to go through, it became official December 6, 2012. Over the course of 2013, Washington will be creating a tightly regulated and taxed market for recreational marijuana sales at state-licensed retail locations.

Not all proponents of pot legalization are happy with the passing of Initiative 502. Those who legally used medicinal marijuana before the law will now be breaking the law when they get behind the wheel.

Driving Under the Influence of THC

One of the more interesting debates to arise post-approval is setting legal limits for THC levels, the psychoactive ingredient in marijuana. A provision of the law states that people with a THC blood content of five nanograms per milliliter are not legally able to drive. Some medicinal pot users are expressing concern they have suddenly become criminals simply for taking their medication like they always had prior to the new law. “There’s no science behind that number,” said Dave Slack, owner of the Vancouver medicinal marijuana dispensary Releaf MM. “We’re talking such a minute amount to make most patients basically criminals.”

The authors of I-502 beg to differ. In fact, they provide a sheet with detailed information on the scientific research that influenced their decision.

Regardless, the fact remains that the law puts medical marijuana users in a very precarious position. And the irony couldn’t be any clearer. A law to decriminalize an act has by default criminalized the actions of another. Sure, if you’re interested in marijuana as a recreational substance, simply use the judgement you should use if you were going out for drinks with your friends. But for those taking it for medicinal uses, the choice is a much more painful one. 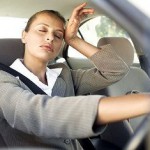 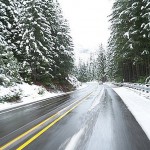