Think you know what distracted driving is? Think again. The statistics are starker than many people realize, and the definition of distracted driving encompasses everything from eating behind the wheel to having a fussy baby in the backseat. You know that it’s not safe to text and drive, and that even talking hands-free can be dangerous (regardless of whether or not it’s illegal in your state). Fortunately, the official US government website for distracted driving helps put things into perspective.

This risky practice is defined as “any activity that could divert a person’s attention away from the primary task of driving. All distractions endanger driver, passenger, and bystander safety.” Technically speaking, anything that distracts a driver, even if it might not be distracting for another driver, falls into this category. The most common distractions are texting, using a phone in any other capacity, eating and drinking, talking to your passengers, grooming (i.e. putting on makeup or shaving at the wheel), reading (this includes maps), using a GPS, watching a video or adjusting the stereo system.

Not All Distractions Are Created Equal

The more demanding an activity is, the more distracting it is—that’s why texting is so risky. It requires that a driver use manual, visual as well as cognitive skills. Most people know when they’re partaking in distracted driving, but few realize just how dangerous it can be. The best way to stop these activities is simply by educating people about the reality. In 2012, 421,000 people were injured in a distracted driving-related collision and 3,328 were killed.

These thousands of people were in 100 percent preventable accidents. It’s estimated that 11 percent of drivers under the age of 20 who are in fatal crashes were distracted—overall, this age group (15-19) are the most at risk. Of those in fatal crashes, 21 percent of them were specifically distracted by a cell phone, whether it was texting, talking or surfing the internet. While it’s impossible for any driver to multi-task behind the wheel, teens simply have less experience and are more likely to crash.

You’ve probably been guilty of checking your phone at the wheel at least once, even if it was “just” at a stop light. At any moment, there are about 660,000 drivers on their phones or using other electronic devices while driving. When you or others indulge in “visual-manual subtasks” (like texting), their odds of getting into a collision increase threefold. Many people think they can quickly check to see what an incoming text says, but both sending and receiving a text takes a person’s eyes off the road for about 4.6 seconds—that’s how long it takes to drive over a football field going 55 mph.

While some states allow the use of Bluetooth and other headsets, government research shows that it isn’t any safer than using a phone the old fashioned way. Regarding teens, 25 percent of them admit to texting at least once every single time they drive—and that only includes teens who admit to it. Another 20 percent of teens and 10 percent of parents admit to having long text conversations while driving. Sometimes crashes are not preventable, but other times, like with distracted driving, a collision could have been avoided. 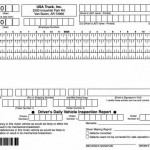 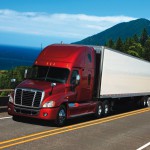