Types of Damages Sought in a Personal Injury Case 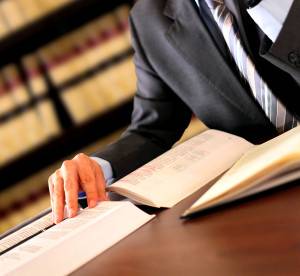 If you win a settlement in a personal injury case, you’re likely focused on the total sum of the compensation. However, what you are awarded is broken down into different types of damages. There are two broad categories of damages: compensatory and punitive.

What was the victim’s financial, physical, and emotional state before the injury occurred? This is the starting point for the judge or jury in a personal injury case, because their job is to agree upon a sum that will bring that victim as close as possible to the quality of life and financial status they had prior to the incident.

Coming up with the figure for certain damages can be fairly straight forward, while others take deeper contemplation. Compensatory damages can be further broken down into two categories: monetary and non-monetary losses.

Monetary Losses – These losses usually have little ambiguity to them. For instance, what were the medical expenses incurred as a result of the victim’s injuries? Past medical expenses are straightforward, however if there are future expenses that will be incurred after the legal proceedings are done, they will need to be estimated, which will be based on expert testimony.

Additional monetary losses may come in the following forms:

Property damage. Was a vehicle damaged or totaled? If it needs to be replaced, the value is usually based on the fair market value at the time the injury occurred.

Lost earnings. Has the victim experienced lost wages as a result of their injuries? That sum, plus any possible lost future earnings, can be awarded by the judge or jury.

Living costs. Maybe the injury was severe enough that daily living expenses have been raised, such as having personal care from a nurse or some other caretaker. These expenses can be covered in a settlement.

Non-Monetary Losses – These damages can be more challenging for a judge or jury to quantify. Pain and suffering is the most well-known form of non-monetary compensation, which may include both physical pain and emotional distress.

Loss of consortium is a lesser known form of non-monetary compensation. These are damages awarded to the spouse or other family members of the victim related to intangible aspects of the relationship that have been taken away.

In some instances, damages may be awarded to a victim beyond compensating for losses. Punitive damages are generally reserved for when the defendant’s actions are particularly malicious or irresponsible. The purpose is not compensation, rather it’s meant to punish the perpetrator and to deter them and others from similar acts in the future.

There are many ways a victim can be compensated for their injuries, each with their own unique evidential requirements that affect the outcome. A qualified attorney will know how to best approach each damage claim to achieve the total award a plaintiff deserves. 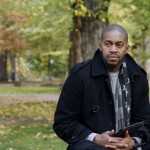 Mitchell S. Jackson Scholarship for Writers of Color
Why Collision Photos Are So Important