After examining the results of a five year study, the NTSB found that single-unit trucks have been in a disproportionately high number of passenger vehicle occupant deaths in multivehicle crashes.

NAFA, which represents a group that manages over 3.5 million commercial vehicles, contends that the study is flawed because it lacks detailed analysis. They say that the NTSB did not make a distinction between managed fleets and other vehicles.

The NAFA Executive Director Phillip Russo also questioned the assertion that drivers of single-unit trucks involved in fatal crashes were more likely to have an invalid license than tractor-trailer operators.

“While this may be true for some trucks,” said Russo, “it is not relevant to drivers of single-unit trucks in managed fleets. For many reasons, including insurance, fleets are scrupulous about ensuring that drivers are properly licensed.”

The NTSB thinks federal and state data on large truck crashes can be improved, in part, by including vehicle identification numbers (VIN) in coding of large trucks involved in crashes. Officials feel single-unit truck safety issues have been underestimated since they are often misclassified, and hence, undercounted.

The NTSB also contends that single-unit trucks are unjustly exempt from certain safety rules that are applied to tractor trailers.

“Crashes involving single-unit trucks resulted in about 1,800 deaths each year during 2005-2009 and also caused thousands of injuries,” said NTSB Chairman Deborah A. P. Hersman. “These trucks are ubiquitous in our communities, yet they are exempted from many safety rules. We must do better for our citizens.” 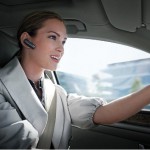 Why Hands-Free Phone Use While Driving is Dangerous 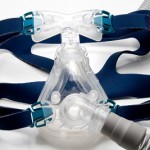