Most states have laws against texting and driving, but the laws are certainly wide-ranging when you look at how people are punished from one state to another.

Alaska is known as the Last Frontier, home to independent spirits who prefer to be left alone from an over-meddling government. However, the least densely populated of our states has the highest level of financial punishment for those caught texting and driving, leaving the other 49 states in the dust.

On the opposite end of the spectrum, four states have no texting ban at all on their books: Montana, South Dakota, Arizona, and South Carolina. Some states have texting ban laws, but cannot pull drivers over for the offense. So, unless you’re speeding while texting (or committing some other moving violation), you are free to do what you please.

If you are caught talking on a handheld phone or texting while driving, the fine has been increased by $50 to $150 for your first offense. That’s right, an offense that has been compared to drinking and driving, warrants a figurative slap on the wrist. Even if you prove yourself to be a habitual distracted driver — getting caught three times in an 18 month period — you will only have to pay $400.

Sure, that’s a good amount of money for most people, but if you are issued three DUIs in that same span, you will have much bigger problems than writing a check for $400.

While there has been some tremendous progress in recent years regarding distracted driving laws, when you consider the statistics and compare them to the relatively lax nature of the punishment, there is plenty of room for improvement.

Also read: Why Hands-Free Phone Use While Driving is Dangerous 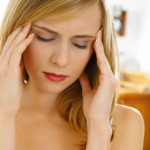