Jesse Jacobs is proud to support the Clark County Courts and staff in their efforts to keep the court’s doors open this year. The courts play a critical role in our community. The NW Injury Law Center believes the courts’ continued administration of justice is a top priority and supports their efforts to do this in a safe and orderly manner. 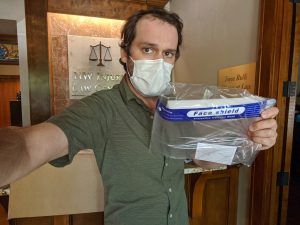