Claiming Damages for PTSD After a Car Accident

A car accident can cause a great deal of stress and fear for survivors. The initial chaos of a vehicle collision, followed by significant pain from a serious injury, can have lasting effects on a victim’s mental, emotional and psychological health. Many victims report symptoms of PTSD, or post-traumatic stress disorder, after car accidents. In Washington, it is possible to claim damages – financial compensation – for PTSD after a car accident. It can be difficult to prove these damages, however, without help from an experienced Vancouver car accident attorney.

Post-traumatic stress disorder is a psychological condition that results from witnessing or surviving a sudden traumatic event. Once referred to as being “shell-shocked,” PTSD is most commonly associated with veterans who witnessed active combat zones. However, PTSD can affect anyone who has lived through a traumatic event, including a motor vehicle accident. The symptoms of car-accident-related PTSD change from person to person, but often include:

Post-traumatic stress disorder is typically diagnosed through a visit to a standard physician, who will then refer the patient to a psychiatrist or psychologist for further evaluation. If the psychological evaluation confirms symptoms of PTSD, it will be documented in the patient’s official medical files. This can make it more likely for the victim to qualify for financial compensation for PTSD during a car accident lawsuit.

Can You Claim PTSD Compensation?

Yes, you can claim post-traumatic stress disorder as part of the losses you suffered in a car accident in Washington. First, however, you will need to prove that someone else caused your car accident through an act of negligence or recklessness. Negligence in car accident law is the failure to act in a reasonable manner, such as a driver texting while driving or driving under the influence. You will only be eligible for PTSD damages if the other driver or another party caused your car accident.

PTSD damages will fall under the umbrella of pain and suffering during an injury claim. Pain and suffering, also known as noneconomic damages, reimburse an accident victim for the intangible losses he or she suffered. These often include mental anguish, emotional distress, psychological trauma, lost quality or enjoyment of life, loss of consortium, inconvenience, humiliation, scarring, disfigurement, and permanent disability.

How Do You Document PTSD in a Car Accident Claim?

It can be difficult to obtain financial compensation for PTSD and other noneconomic damages in a car accident case, as they often lack hard evidence or proof. An insurance company, judge or jury will need clear and convincing evidence showing that you have PTSD, and that it was caused by the car accident in question. Evidence of PTSD may include:

In most cases, a jury will need to hear from a treating psychologist or psychiatrist to confirm a PTSD diagnosis. The courts will also require proof of ongoing treatment, such as psychotherapy. Finally, the jury will need to see proof of the psychological trauma directly from the victim, often in the form of notes, an injury journal or in-person testimony during a car accident trial.

How to Claim PTSD After a Car Accident in Washington

It is important to see a doctor right away after a car accident if you believe you have psychological trauma. An official PTSD diagnosis can dramatically improve your chances of obtaining financial compensation for this condition. You will also need proof of the stressor that caused your PTSD, such as photographs of the car crash or a police report.

Consult with an attorney right away after a traumatizing car crash in Washington for assistance with the claims process. A personal injury attorney can give you advice as to where to go for professional medical care for post-traumatic stress, as well as help you build a compelling claim to damages for PTSD. 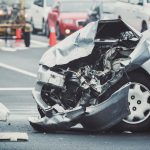