Challenges of Trucking Accidents and Insurance

The economy seems to be growing again. People are starting to purchase more. Discretionary spending is up. That’s a good thing, right?

Well yes, but a better economy does mean more commerce. And more commerce means more goods being delivered to retail outlets for waiting consumers. More deliveries means more trucks on the highway. The same highways we all use for work and pleasure trips.

More trucks on the highways can mean more vehicle collisions involving large trucks. The unfortunate consequence of more trucking collisions is that injuries are generally much more severe when a large vehicle is involved. Particularly when it collides with a small vehicle.

So if you find yourself on the wrong end of one of these collisions while operating your passenger vehicle, you may become part of a growing statistic, people injured in truck collisions. And the injuries can be severe and have life long consequences.

But you probably figure, like most Americans, that at least a trucking company has lots of insurance. Don’t all truck drivers carry at least a million in coverage? Isn’t that required by state law? The government wouldn’t let them use our highways if they didn’t carry enough insurance to cover the type of injuries their vehicles can cause, right?

Well, think again. The Motor Carrier Act of 1980 (the “Act”) requires minimal levels of insurance be carried by all for-hire carriers with a gross vehicle weight of 10,000 pounds or more. The minimum coverage is $750,000 for all trucks not carrying hazardous materials. It can be as high as $5,000,000 depending what cargo is being transported.

Attorneys experienced in trucking company litigation will tell you collecting damages from a trucking company, even if insurance is identified, can be difficult and time consuming.

As an example, one case handled by this firm against a commercial driver who caused an accident in Portland, ended up in bankruptcy court in Puerto Rico. The company purchased insurance in Puerto Rico, but it turned out the cut rate insurance company didn’t have enough assets to pay all claims and filed for protection under the bankruptcy code in Puerto Rico. In order to recover damages for the client, we had to go to Puerto Rico, which is arguably a nice place to visit, but navigating their bankruptcy rules and recovering what we could on the insurance policy turned into a daunting task.

What was particularly difficult was all correspondence on the case, including the insurance policy, which was written in Spanish.

If you’ve been hurt by a commercial vehicle, retain an attorney experienced in trucking cases. Your chances of recovering full damages will rise by doing so. 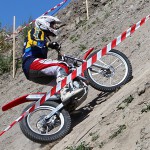 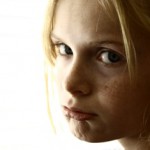